Meet professionals at work.
What do an astronaut, a teacher, or a pediatrician have to say about their jobs?
What is it like to be a lawyer, a farmer, or a film director?
Maybe you want to become like one of them when you grow up?

RODOULA PAPPA is a writer and translator of children’s books. Her first book The boy with the tree (2012) was awarded the Greek National Prize for Children’s Literature. She is co-founder of the Volatilium and Tsalapeteinos children’s books imprints.

FIKOS started his career as a painter of icons and murals in the Greek Byzantine tradition, as well as a graffiti writer. He currently defines himself as an explorer of the wide spectrum of Greek painting, from the vases of Classical antiquity to Byzantine art, trying to spread his vision for the revival of the traditional arts, especially the art of muralism.
His work has been widely exhibited in Greece as well as in private and public spaces around the globe, from Mexico to Thailand, Morocco, Switzerland, France, the U.K., among others.
Fikos's work was recently included in a publication with the "50 most influential street artists today". His recent package design for a new extra virgin olive oil label has been awarded two gold (New York and Los Angeles) and a Bronze (London) medal.
He was born in Athens where he still lives. 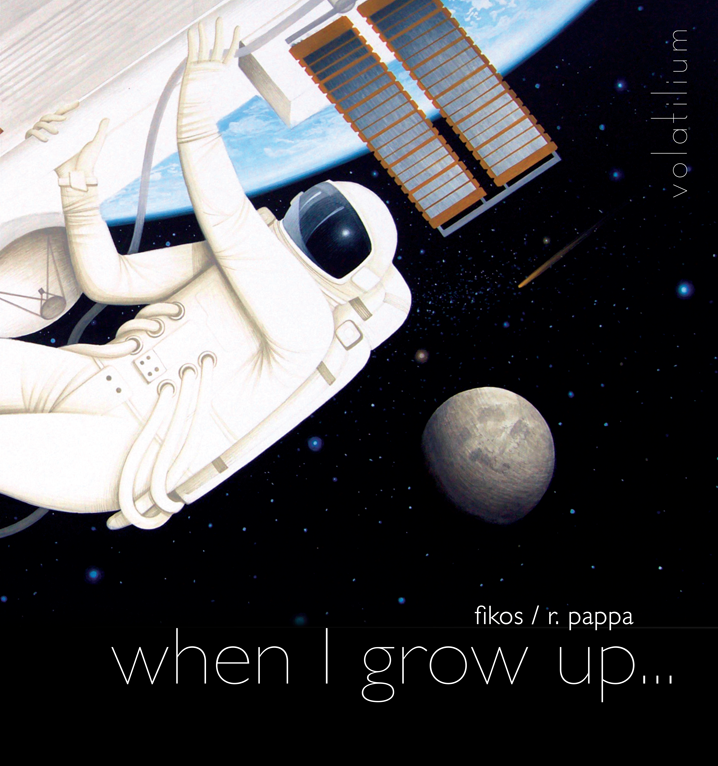 The second volume is already in progress [title: When I grow up... Like old times] and scheduled for the end of 2019.

Fikos is under the 50 most influential contemporary street artists: